sun of the sleepless 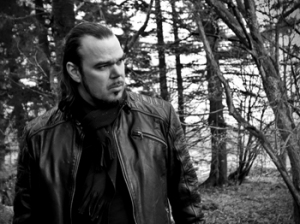 Sun Of The Sleepless is the solo project of Schwadorf (aka Markus Stock),
the mastermind behind two very popular acts, Empyrium and The Vision
Bleak. The band creates poetic black metal dirges that twist with cold, raw
atmospheres and a distinct 90s Second Wave BM Feeling. Described by
Schwadorf as „a fst in the face of a shallow world“.
Despite its formation in 1998, Sun Of The Sleepless released its full-length
debut "To the Elements" only in 2017 (which has been hailed as one of the
decades best atmospheric Black Metal releases) following its split EP with
Nachtmahr (2004), the band's debut EP "Poems to the Wretches Hearts"
(1999) and the legendary and coveted 7" "Tausend Kalte Winter" released
in 2000 featuring a Trip Hop Black Metal Hybrid cover version of a Darkthrone Song.
In the end of 2019 Sun Of The Sleepless returned with a much acclaimed
Split album with Cavernous Gate (Helrunar Side Project) which features
some of their strongest, most atmsopheric material to date.
Sun Of The Sleepless' Live Line Up features members of Dornenreich,
Helrunar, Mosaic, Nachtmystium and Sonic Reign.